This blog is intended to share my own personal experiences & opinions and is in no way to be taken as advice or recommendation as to what anyone else should try or do. I am NOT an expert within this subject matter so please do your own research, consult with experts and take medical advice before embarking on any kind of training or nutritional approach that differs from what you are currently doing – or the ‘norm’.

Note: This blog was originally called ‘100 Days a Carnivore’ as that’s what I originally set as the duration of this experiment BUT I kept going. I kept adding to the blog and have decided to continue for longer, hence the change in title and more detailed, longer term assessment of this way of eating – for me.

I also mention intermittent fasting in this blog but rather than going into too much detail and diluting the purpose of this one I will write a separate piece discussing my experiences with a variety of fasting protocols that I’ve been following for a number of years now.

To begin with, I know this sounds nuts and completely idiotic and that’s exactly what I thought when I first heard about the carnivore diet a couple of years ago.

Without any knowledge of it or any reading about it I totally dismissed it as unhealthy, unrealistic, stupid, dangerous, unsustainable, overly restrictive, boring and just going against anything and everything I’d read about, learnt about, studied or believed – so I get it – it’s clearly bonkers (and I’m bonkers for trying it) – I’ll get that out the way first as I suspect that’s what many of you are thinking – I thought the same.

The basic premise of the Carnivore Diet is that it is largely how we evolved to eat. We were ‘hunter gatherers’ with the emphasis on ‘hunter’ and anything else that could be foraged (or ‘gathered’) would supplement the ‘nose to tail’ meat based diet that would provide the majority of our intake and energy needs. Some experts (who I reference later) believe that we can meet the vast majority of our nutritional needs eating an ‘animal based diet’ and the importance and health benefits of whole grains, fruits and vegetables have been grossly overstated.

For some context. I’ve been working full time in the health and fitness industry for 23 years and have been training and coaching people for all of my adult life. I’ve also been involved in regular, consistent training since my teens, first in Martial Arts then rugby, then strength training then boxing and most recently (the last 10-15 years) in strength training and kettlebells. Peppered throughout this time I’ve ran numerous 1/2 marathons and about 8 full marathons, I also snowboard every year for a week (two if I’m lucky). So I’m used to being fairly physically active compared to the average person my age (I’m 43 as I write this).

I’ve never really been that focused on my diet for the majority of my life. My weight has intentionally moved about quite a bit, at my heaviest when I was really into heavy strength training 5-6 days a week I weighed about 100kg (15st 10lb) at my lightest, when I used to box competitively I routinely weighed in at 64kg (10st) – this was in my mid 20s into early 30s. I now comfortably sit at around 80-83kgs (12st 7lb – 13st) – pre carnivore experiment.

In the past when I’ve wanted to either gain or lose weight I’ve essentially eaten more or less food as required. Upped my training and when I needed to make a certain weight for boxing would severely restrict calories for 2 – 3 weeks and effectively ‘starve’ the fat off my body (especially in the last 7 days).

What is the Carnivore Diet?

The Carnivore diet is an ‘animal based’ diet or way of life. The polar opposite to veganism. The way I have chosen to eat is most simply described as HIGH fat, MODERATE protein and LOW carbohydrate.

I’m going to totally set aside any issues of personal ethics or personal values with regards to this way of eating in this blog (although I know this may be a big factor for some). I have in my life been a vegetarian for close to 4 years and my views and paradigms on many issues have changed over the years. I have zero problem with people choosing to eat however they wish and make their own decisions relating to their own body and their own health.

For the purpose of my 100 Day experiment I have been eating:

All kinds of meat

All kinds of fish & seafood

Berries a couple of times a week

Nuts a couple of times a week

I have to say that my experience has been a very positive one with no real drawbacks. I have looked forward to and more importantly enjoyed every meal I have eaten (except maybe the organ meats – Liver and kidney which take some getting used to). The taste and the level of satiety is incredible. I have never weighed, counted or measured anything, I have never tracked any calories or macro’s and never restricted portion sizes or amounts eaten. I’ve eaten till satisfied & comfortably full – but not stuffed.

To begin with, in the first week there were a few digestion issues and ‘loose stools’ to use the medical term but nothing that caused any problems or distress. There was zero constipation, which I originally had thought may be an issue. After a week everything settled down into its regular pattern and has done ever since.

I think its very important to not try to eat too lean cuts and sources of meat. I have found that fatty meat is fantastic for energy, satiety, flavour, enjoyment & digestion. I’ve especially like Ribeye steaks, higher fat mince beef, belly pork, lamb and good quality sausages & bacon, along with plenty of whole eggs. When I have added fat for cooking purposes I’ve used butter. It’s been brilliant to do this during ‘BBQ season’ in the UK as I can cook up loads of meat and eat it over 2-3 days.

Update: I am just coming to the end of a two week family holiday in Crete (about 4.5 months into carnivore) and have stuck to the plan 95% of the time here with no issues. Lots of BBQs, lots of Greek yoghurt (obviously) plenty of water, some delicious fish, so it can be done without too many problems.

I have been following a number of people before & throughout this experiment who I would highly recommend you follow if you don’t already, they are:

All of the guys above are active across most social media platforms and are also easy to find on youtube as well, also on podcasts as both hosts and guests.

Once or twice a week as a treat I’ve had a big bowl of blueberries. raspberries and strawberries covered with 500g of full fat Greek Yoghurt and a handful of nuts on top for ‘crunch’. It’s been delicious and the only sweet taste I’ve had.

I’ve had pretty much zero processed food of any kind and each day have drank between 2.5 & 3.5 litres of water.

I have been using intermittent fasting (and some longer duration fasts) for the last 2-3 years and have continued that pattern whilst on the Carnivore Diet. I never eat before lunchtime, which could be anywhere from 12-3pm depending on my schedule for the day and will generally eat a big meal then. I then usually eat a smaller meal in the evening and then fast through till the following lunchtime. This has been incredibly easy on the Carnivore Diet because of the higher protein & fat intake keeping me more satisfied for longer.

What have I learned from my experience?

It’s hard to eat enough protein when you’re eating lots of other ‘stuff’ as well.

I don’t miss vegetables like I thought I would.

All sugar & junk cravings were gone in a couple of weeks of going Carnivore.

It’s actually a really easy diet to keep too.

It’s not too hard to eat out on the Carnivore diet.

I feel leaner & stronger because of the extra protein I’m taking in BUT I’m probably still not getting enough most days.

Pretty early on in the year I started to adopt a more conscious way of eating having read ‘The Primal Blueprint’ by Mark Sissons. Essentially limiting all processed foods and grains. I also took sleep hygiene more seriously and generally started to live ‘better’. I tracked my water intake, set myself a regular bed time, reduced TV viewing time and looked for more opportunities to walk.

This led me to start to feel better and more in control of my health. Between 1st January and the end of March I reduced my bodyweight by a very conservative 2kg BUT felt much better.

This is the date that I decided to go fully into the Carnivore Diet and started to eat all the foods I listed above. I have not looked back since and like I’ve said previously, have stuck to the plan 95-99% of the time with only a few bits here and there (and a couple of beers on holiday – never more than 2 in an evening).

More than just the body weight, I am leaner and strangely just as strong or stronger in all of the lifts and exercises I do in my training.

I feel calmer, more in control, my energy is more even – without peaks and troughs – and bizarrely, by limiting my food choices it is actually strangely liberating and freeing. It also makes shopping FAR easier and quicker and I don’t even need to go down most of the aisles filled with all the packaged hyper-palatable foods.

Even when faced with direct ‘temptation’ such as people eating chocolate, crisps or ice cream in front of me I’m actually not at all bothered or interested. It’s as if all those former desires and cravings have gone.

Am I going to continue on the Carnivore Diet?

I won’t dogmatically stick to it and avoid all other foods at all costs and if I REALLY want to eat something else I will. It’s just that certainly at the time of writing I don’t crave lots of other things and junk food holds no draw or appeal whatsoever. Dan John may call it – “Eating like an adult”.

The main learning for me over these last 5 months has been that I was eating no where near enough protein to actually build and maintain muscle and strength. It’s generally agreed that protein targets should be somewhere between 1-2g per kg of target bodyweight per day (depending on goals and activity levels). I think a really good, healthy, strong and lean bodyweight for me will probably be around 75kg so that means that I need somewhere between 75 and 150g of protein per day. As I engage in regular strength training and want to build and maintain muscle I aim for the higher end (125-150g per day). Even on the Carnivore diet it is NOT EASY for me to hit those numbers with real food alone (I don’t use any protein supplements currently).

I’m sure that this increase in protein has had a major impact on my body composition and strength over the last 5 months.

As I said right at the start in the ‘Disclaimer’, the purpose of this blog is not to convince or encourage anyone to try anything or modify any of their personal behaviours. If you are interested in finding out more I would direct you to the people and resources I mentioned earlier. Here they are again:

I will be following up this blog in the near future with one discussing my experience with intermittent fasting and also longer duration fasting that I’ve been incorporating into my life for the last 3 years,

The Journey to a healthier you starts here 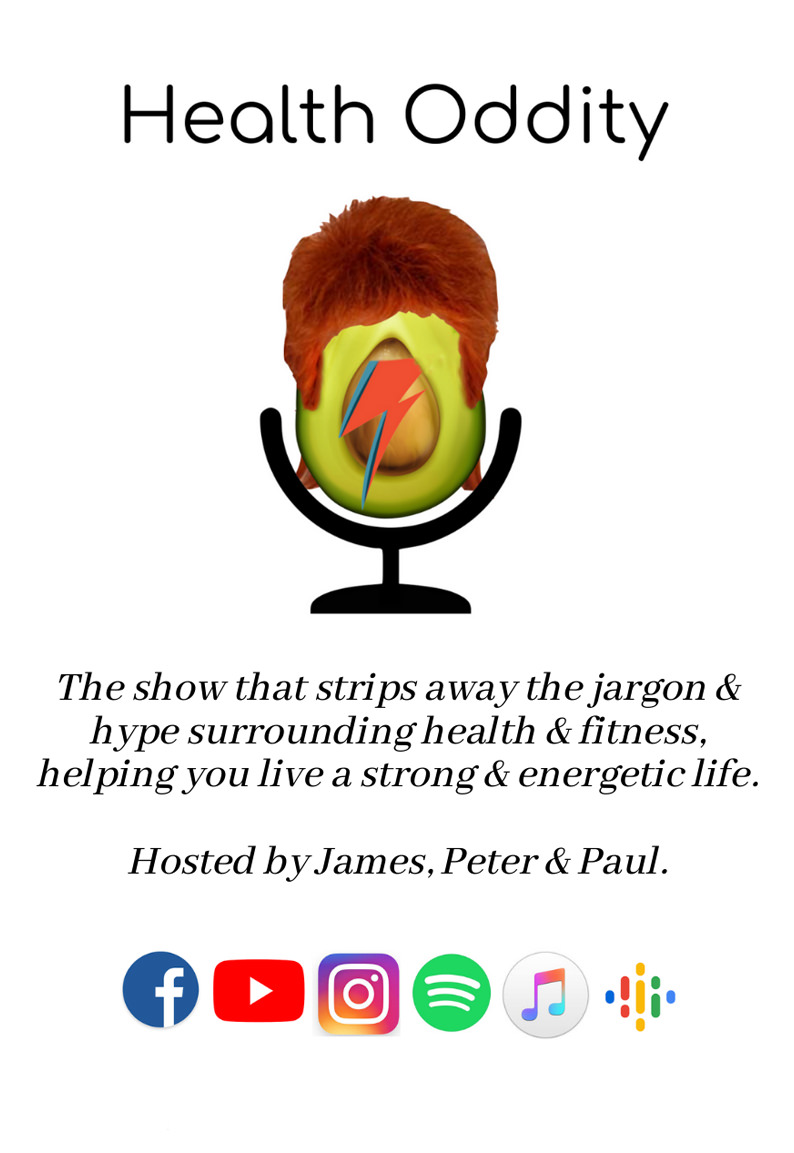